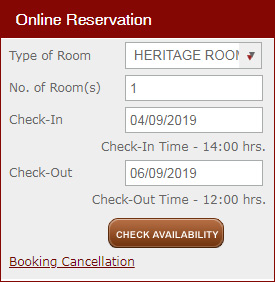 Kashi, Banaras, Varanasi is the oldest living city in the history of mankind. The city is acknowledged as the cultural capital of the oriental part of the globe. This is treated as an embodied divine.

Palace on Ganges has coined all distinct cultures of India and accordingly altogether twenty four rooms under one grand heritage hotel roof are designed and dedicated to each of those provincial culture.

This vivid Endeavor is to give a glimpse of different cultures in the rooms…which you may feel. Each room has its own theme. Thus Hotel Palace on Ganges is the place to feel the soul of India.